Onwards and upwards – over 25 years of Flybuys 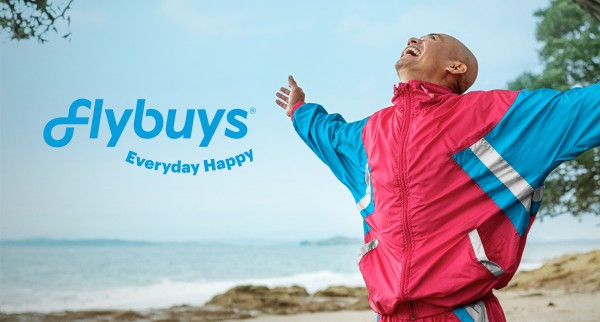 It’s now more than 25 years since Flybuys first burst onto the New Zealand scene. We look at what how NZ’s favourite loyalty programme continues to be so successful.

Believe it or not, Flybuys has been part of Kiwis’ lives for more than 25 years. Yes, the nation’s favourite loyalty programme – with 2.9 million members across 80% of New Zealand households – has been around since 1996, and today is proving itself just as relevant as ever.

In fact, Loyalty NZ, the organisation behind the iconic brand, has increasingly big plans to ensure that the loyalty scheme New Zealanders have taken to their hearts will only gain momentum in future. So let’s take a look back at how it all started – and where Flybuys is going next.

Back when Flybuys was born, coalition loyalty schemes were brand new, and flying anywhere for free was pretty much unheard of. The four founding partners of parent organisation Loyalty NZ – Z (then Shell), BNZ, State and Foodstuffs - started out with an attractive travel/rewards offering, launching Flybuys when they could ensure that the average family could earn enough points in a year for return flights from Auckland to Wellington.

Flybuys proved to be an immediate hit with Kiwis. So much so that just two weeks after launch, 250,000 households had applied to sign up. In fact, the initial target to sign up 300,000 members in the first year was smashed in the first 89 days, and within five months one in three NZ households had signed up.

Fast forward over quarter of a century, and the market for coalition loyalty programmes is highly competitive. So, what makes Flybuys successful in 2022?

Lizzy Ryley, CEO Loyalty NZ says, “It’s about remaining relevant and in touch with what members want, as consumer demands and expectations are constantly changing. Following extensive research, we relaunched the Flybuys programme in 2020 to offer more choice to members than ever before.”

Flybuys members can now choose how they are rewarded for their shopping and spend in the Flybuys network – with either Flybuys Points to spend on thousands of products and experiences in the Flybuys Store, or additional and stackable fuel discounts from Z and Caltex, or New World Dollars to save on groceries. And people are not locked in - they can change to another ‘currency’ at any time.

A total of 555,000 New Zealanders have chosen their preferred Flybuys currency, and as a result there has been a significant increase in the number of Kiwis being rewarded every month.

Ryley is delighted with this result and says, “It’s great to see our members are actively engaged with Flybuys, as sometimes there can be a tendency to ‘set and forget’ once you’ve signed up to a loyalty programme.”

As one very happy member put it, “Flybuys made 2021 one of the best years ever!” This member spontaneously relived on Facebook all the happy moments she was able to experience with family and friends throughout the year as a result of being an engaged Flybuys member and winning 25,000 bonus Flybuys.

While Flybuys members have generally been around for the long haul, there has also been a recent surge in younger memberships. In total, 40% of all members using Flybuys for the first time in the last 12 months are under 29 years old.

This shifting demographic is, in part, thanks to the launch of Flybuys Extras. This latest Flybuys evolution offers more rewards and choice than ever before, with a range of offers from quality brands across everything from food and beverage to fashion, beauty, lifestyle and domestic tourism.

“The beauty of Flybuys Extras is that our members don’t have to use any of their hard-earned Flybuys Points to access these special deals,” says Ryley. “As well as offering more choice, it’s also a great opportunity for marketers and agencies to access our database of 2.9 million engaged and receptive members.”

Speaking of value and choice, the original Flybuys Store now has more than 6,000 products which are regularly refreshed. Over the last 25 years, the type of products members redeem their Points for has changed dramatically.

From the initial travel rewards offering in 1996, the reward catalogue grew to include movie passes and magazine subscriptions and CDs. The late 2000s saw slow cookers and cordless phones becoming popular followed by mixers, toasters and kettles. In recent years, it’s not surprising that we’ve seen a rise in technology such as Fitbits, Google Chromecasts, Airpods and iPhones.

So, how did NZ’s first and favourite loyalty programme celebrate the 25th anniversary? Members were treated to a network-wide treasure hunt throughout the birthday month in September. 'Find the Prezzie' saw members hunting for clues to be in to win a share of 1.5 million Flybuys.

Designed to increase awareness of participating partners in the Flybuys network, outstanding reach and awareness meant advertising appeared over 50 million times across digital and social platforms throughout the promotion.

The results? A total of 3.3 million prezzies were opened, there were massive increases in member engagement with a 43.6% increase in logins online, a 13% increase in Flybuys app logins, and up to 70% increase in user traffic to partner websites.

Interestingly, the promotion also saw over 23,000 lapsed members engage with a Flybuys game for the very first time.

The secret of Flybuys’ success

So where did it all go right for Flybuys? Sydney-based Customer Loyalty Specialist and CEO of The Point of Loyalty, Adam Posner attributes the scheme’s long-term success to staying resilient and relevant while listening closely to members.

“The voice of the members is perhaps the most powerful testimonial for a programme, with our research revealing that Flybuys members comment on how easy it is to engage with the programme, with more ways to earn rewards and the value Flybuys delivers,” says Posner.

“It’s not surprising that Flybuys has been part of Kiwi lives for so long and will continue to be for decades to come,” he adds.

If the past 25 years are anything to go by, the future of Flybuys is bright; with the introduction of more reward offerings, new digital capabilities, treats, deals and discounts from Flybuys Extras and a whole new generation of members, the business is perfectly poised to evolve into its next quarter century of success.